This time I am taking you with me on some road trips around Georgia, North Carolina, Alabama and Tennessee. On top of that, you will read about my first real American Thanksgiving. So, come on, let’s start part two of my adventure.

After four weeks in the States, I return to where it all started: to the international terminal of the Hartsfield-Jackson International Airport. I pick up my boyfriend who is visiting me for two weeks. There aren’t that many touristic attractions in Atlanta, and the few that exist are expensive. No problem for us. We just walk around, exploring the town and the campuses of the GSU during the first two days of his stay.

Our first walk is disrupted by heavy rain and we end up drinking coffee, yes, I am talking about water with coffee flavor. The second walk is cut short by the fact that I need to be in the office for two talks and the weekly discussion with my local supervisor, but okay. In the evening, we pick up our rental car as we want to get an early start the next day. 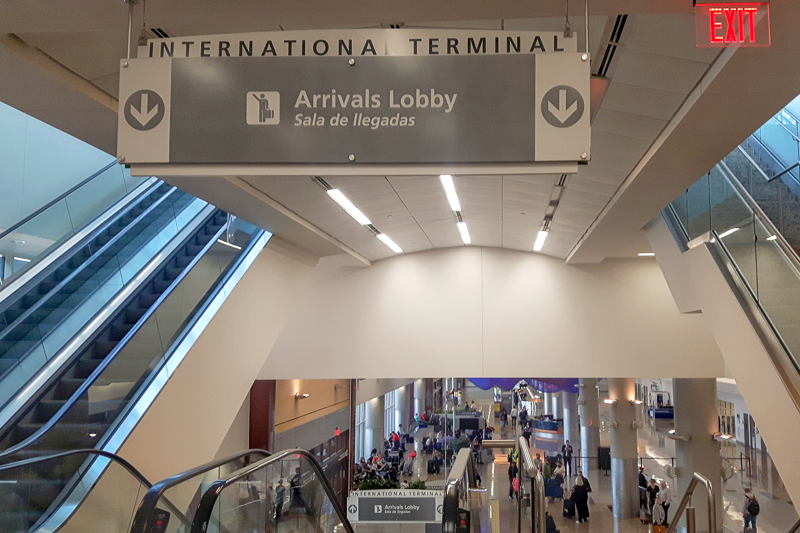 It is a four-hour drive from Atlanta to Savannah where we meet with my cousin for lunch. She is in town together with her kids for a marathon. The big run is already over when we arrive. So after we grab something to eat with her friends we head for the nearby Mighty Eighty Airforce Museum. Being an “aerophile”, it is a must on my trips to see anything that has to do with the history of flights.

The next day we spend our time walking through the lovely town of Savannah. Unlike Atlanta, Savannah is very tourist friendly. We have enough time enjoying the good food in town. We even find a restaurant, which lets you play board- and video-games while you enjoy your meals and the variety of international beer. 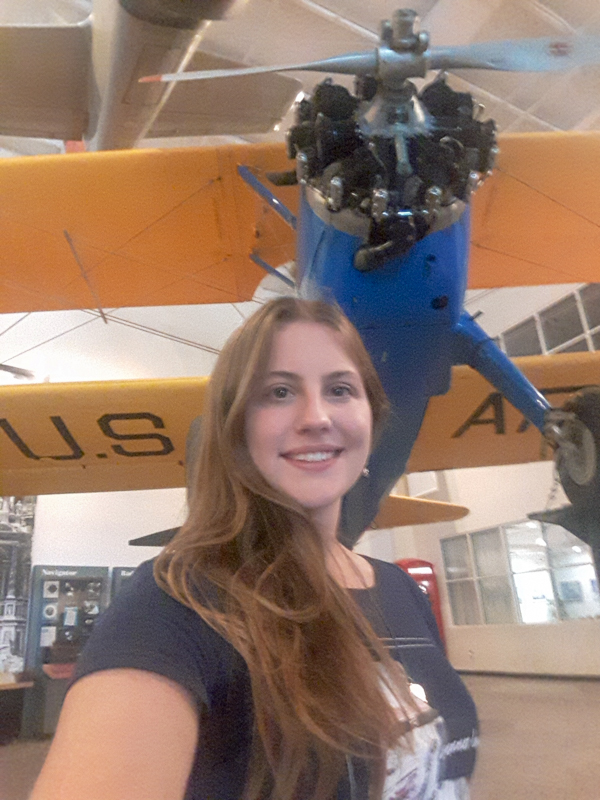 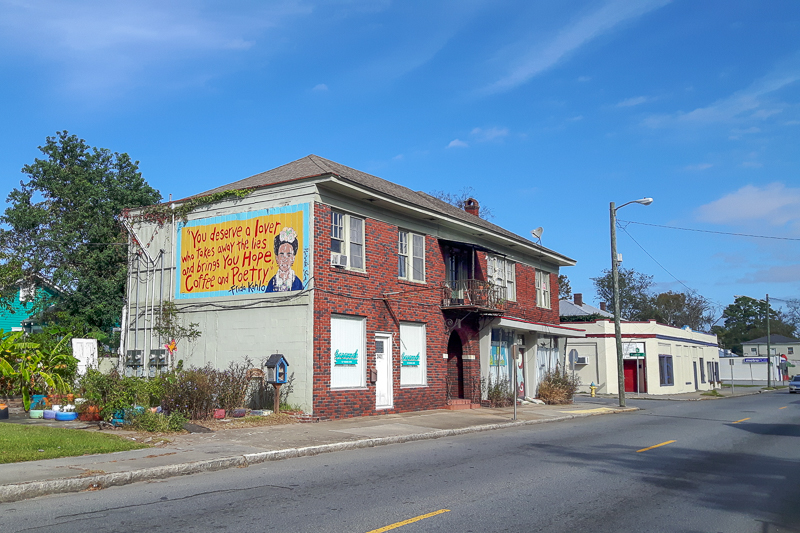 Our next stop is Asheville, which is a famous hiking area – especially in the fall. We didn’t account for bad weather so we only manage to do one short hike before it starts to rain. Our alternative plan leads us to a mall, where I end up with a new camera. It is clear what comes next: several photo stops during our way back. One of the stops is a place called Goats on the roof. We grab some lunch and watch the famous goats on the roof. Back on the road, we get into rush hour and make it barely back in time for the car drop off. 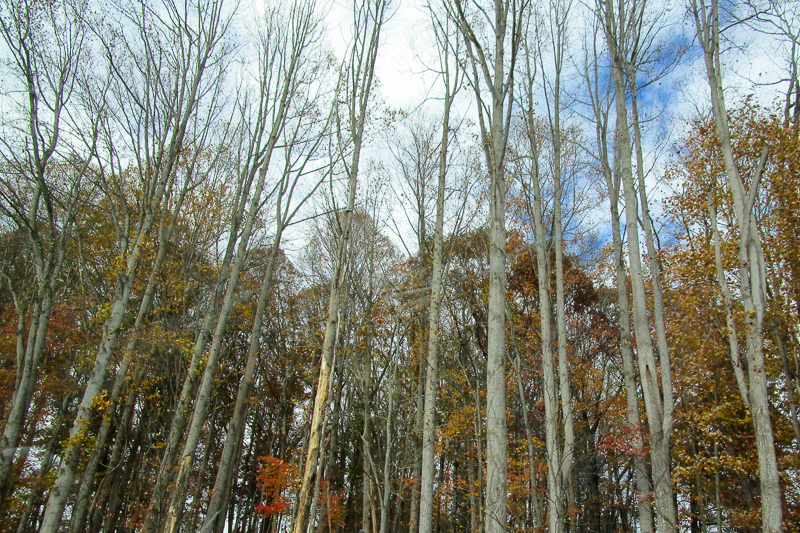 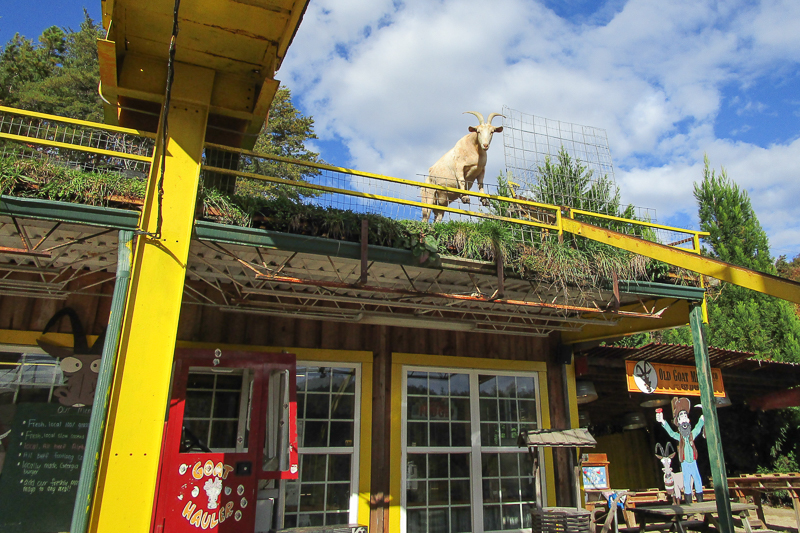 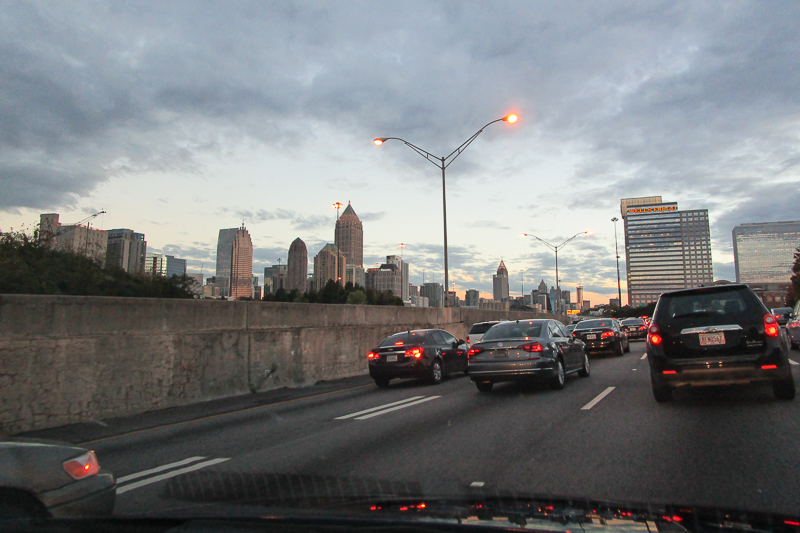 Elections in the States

Back at home, I have a discussion with my landlady on how Election Day went. Since the midterm elections are the second most important elections in the States, it is impossible to ignore it. In English classes at school, we discussed the government and electoral system of the USA in detail. One thing that we were not told is how the two parties (including the candidates) try to influence the voters. I have to admit that it is almost shocking if you are not used to it. For example: every commercial break includes multiple advertisements about the upcoming election. Instead of promoting oneself, most commercials aim at ruining the reputation of the opponent. Furthermore, most of the stuff that is said is so obviously false that I ask myself whether anyone could believe such blatant lies.

The next few days I go back to university and we mostly relax otherwise. We also visit a few restaurants in Atlanta, including the Cheesecake Factory. Never thought that a single piece of cake could have double the calories as the main dish but apparently, anything is possible. We take a ride on the ferris wheel and stroll through the Olympic Park of the Olympic Summer Games in Atlanta 1996. And we do make a point in visiting the zoo which isn’t even half as beautiful as the Zoo Salzburg but twice as expensive. 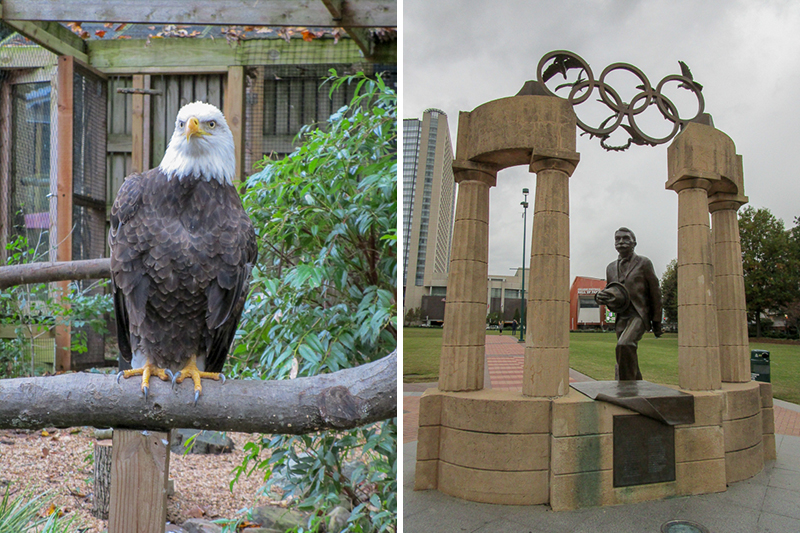 Since a football game is a must-do during a trip to the States, I go ahead and get us tickets for a game. Considering the disappointing experience at the game of the GSU we go to a game of the Georgia Tech. Even though most students of the GSU consider the Georgia Tech as their “rivals” everyone will tell you to go to one of their games if you want to have a good time. Getting to the stadium already generates a better feeling than the last time. Why? Because the metro is cramped and there are a few traffic jams of people trying to get into the parking lots. The stadium is completely filled and one has a hard time getting to the food booths, just like it is supposed to be. The fans cheer their team on the whole time. Of course they go completely crazy when their team finally wins. 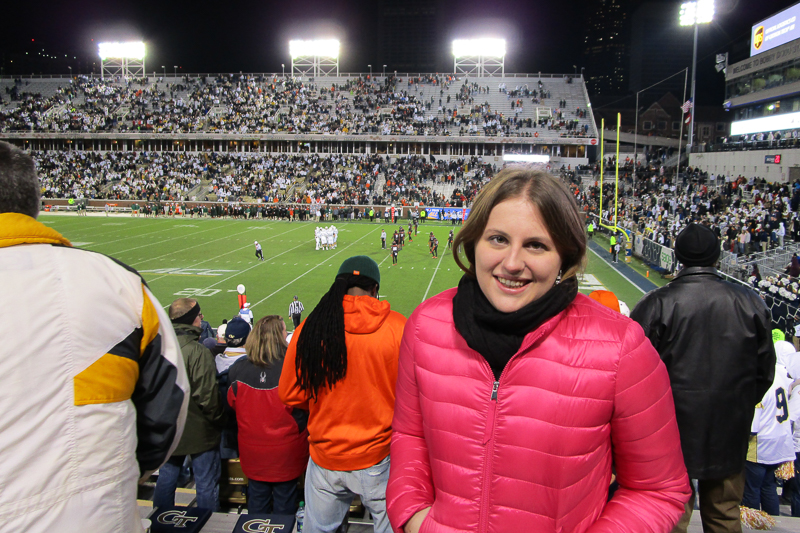 After I drop my boyfriend off back at the Airport, I only have a few days to get myself ready for the next adventure. I travel from Atlanta to Enterprise (AL) by bus (Greyhound). The bus company is the only option to get to Enterprise if one is not too fond of spending too much money on plane tickets or renting a car. My family warned me that it might not be the best travel option but considering what I’ve seen and experienced already on the MARTA I figure it can’t be much worse.

The first stretch however turns out to be torturous as the stench in the bus is so intense and one can’t open any of the windows. I probably never was that happy to get of a bus. During the layover in Columbus I make some new friends while waiting impatiently for the delayed bus to arrive. Luckily, the second part is much more enjoyable. 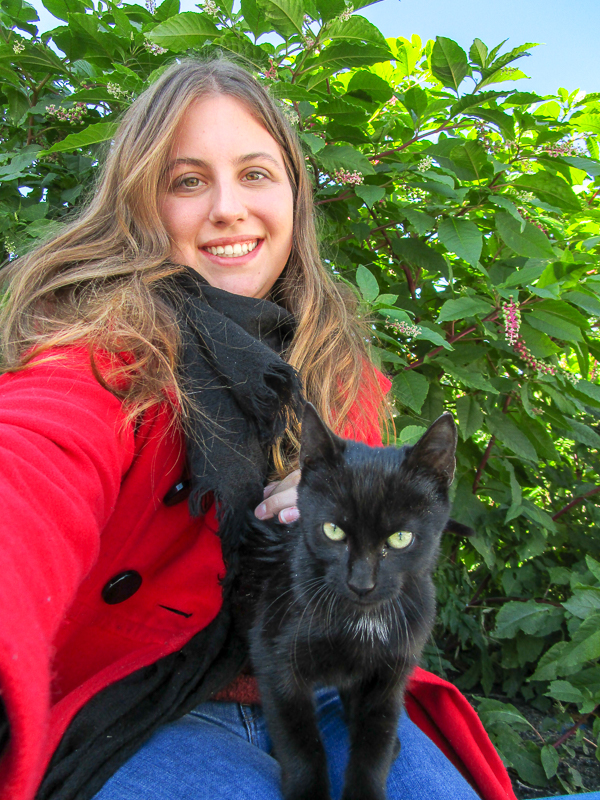 Arriving in Enterprise, my aunty and my grandpa pick me up and we head to the Rehearsal Dinner. It has been a long time since I last saw that part of my family – I haven’t seen the groom, my cousin, in over 10 years. Therefore, I spend most of the evening catching up with them.

The wedding day itself is quite relaxed. We start by heading to the world famous Boll Weevil Monument. Never heard of it? Don’t worry, neither did I. After that we grab lunch with my cousin at one of the families favorite restaurants. The next thing on our schedule is getting dressed for the big family photo with the whole family of both sides. Belonging to the more extended part of the family I’m not required for the better part of the afternoon. So I scout the place instead, while learning a lot about the history. 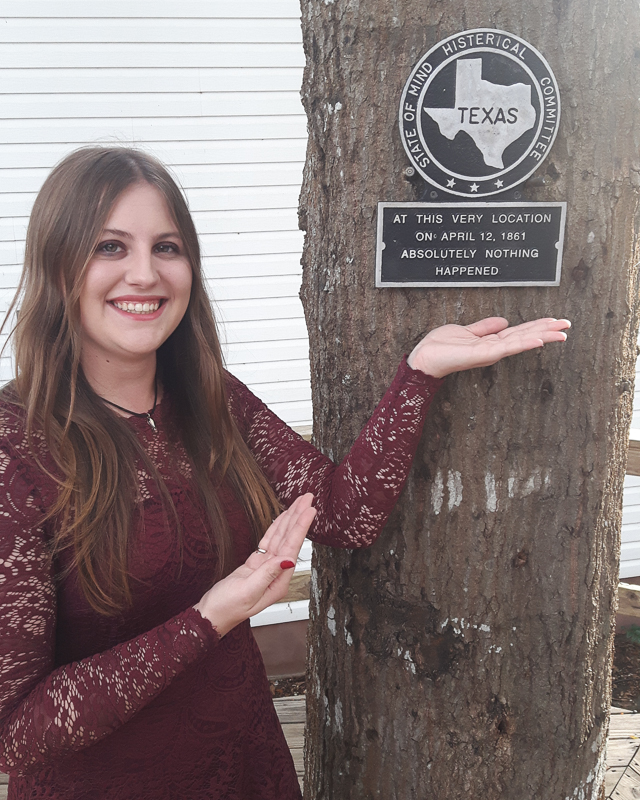 Since it is the second wedding for the bride and the groom, it is only a short ceremony. The first part of the evening, I mostly spend with my aunt and my cousin’s son. It takes a little bit but after a while, the actual party gets going and the dance floor fills itself. Unfortunately, I do not know most songs, which seem to require a special choreography. As the majority of the guests know the dance moves, I spend my time watching them dance. In general, the choice of music differs from what I have heard at European weddings. 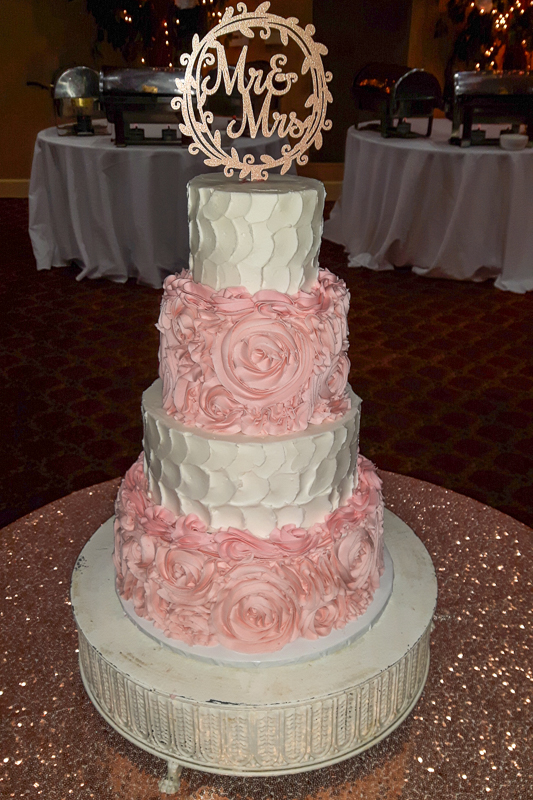 On the next day, we head onto the Military Base in hopes of visiting a flight museum. However, it turns out that it is closed on Sundays. Instead, we walk a little bit through the mall and grab something to eat before we head to my aunts place up in Huntsville.

As the museums visit did not work out on Sunday, we decide to stop at the US Space and Rocket Center the next day – an amazing experience. 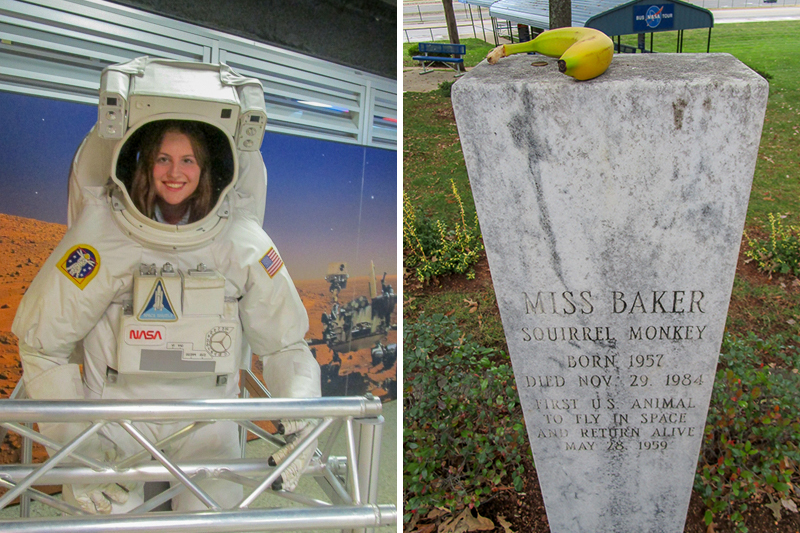 Tuesday and Wednesday, we spent mostly relaxing and shopping. Short errands turn out to be longer trips as my aunty and I enjoy ourselves too much making fun of the things we find at the stores. Picking up cat food took us over an hour – partly because I was very close to adopting one of the kitties in the pet store. Considering that I haven’t received any birthday presents the past few years she treats me to ice cream and buys me an colorful unicorn cellphone cover. In the meantime my other aunt makes sure that I’m well fed and even serves hand made Käsespätzle or as they call it german mac n’ cheese. Best aunties ever, right? I know! Thanksgiving starts with watching the Macys Thanksgiving Parade in New York on television while drinking coffee in our pjs. My uncle and aunt start preparing the dinner in the meantime, which includes the preparing of not one but two turkeys. The kitchen is way too small to handle me standing around in between the loads of food, so I sacrifice myself and watch football instead. Considering its called Thanksgiving dinner we already start quite early around 3pm with the actual serving of the food. It is a quiet dinner with everyone being busy trying all the dishes and passing the plates around. In the end, I am too stuffed to try all three pies and have to delay the tasting of the apple pie a few hours. After the dinner the house starts to quiet down a lot as most of the family has left. The remaining ones are too exhausted to do something, so the only noise comes from the dogs running around. The next day I add a new state to my list: Tennessee. There is only one thing Tennessee is famous for, so it should not be a surprise when I tell you that we are doing a family trip to Jack Daniels. We join one of the tours around the production sites. We learn about the history and the production of the whiskey. Aside from that, we even see some wild turkeys that apparently survived the previous day. Afterwards we head towards the old town and rummage through the stores to find some stuff we really don’t need. Saturday is the big football game everyone has been looking forward to. It is called the Iron Bowl. The college teams of Alabama and Auburn play each other every year and is considered to be a big rivalry. Like any other good family we sit together around the TV eating homemade chicken wings, chips, and the remaining pies. We have a good time. The Winner of the game and favorite team of the part of the family that is present is Alabama.

Time passes. The week is already over and I have to get back to Atlanta to continue my research. This time the trip is quite uneventful and I almost get back on the scheduled time.

In the next part I’ll update you on how my Research is going and what I experience in Washington and in New York. Missed the first part of my blog? Go check out how I settled into Atlanta! 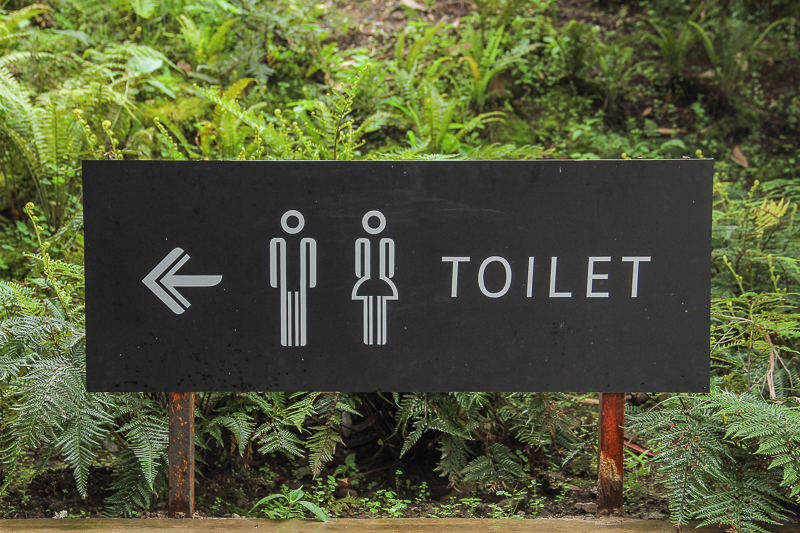 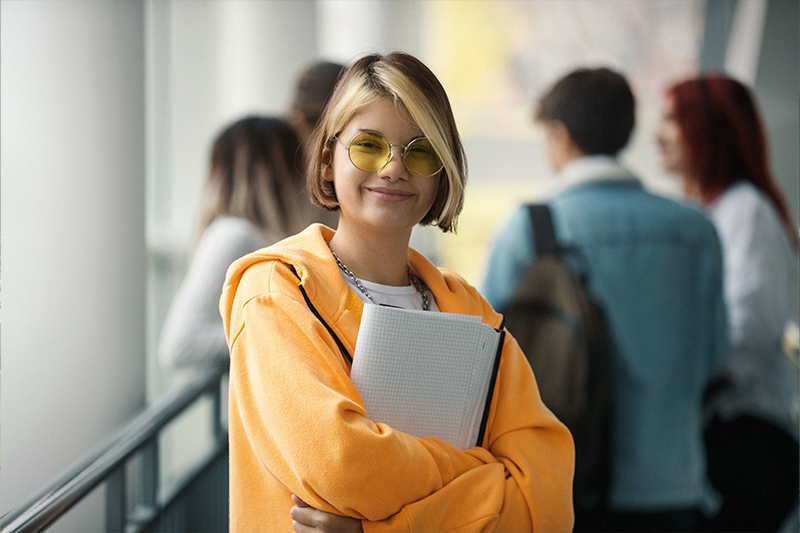 Über 8k Follower! // Thank you for over 8k subscr